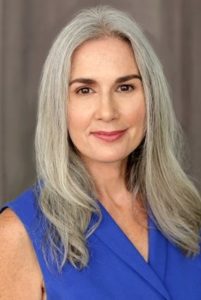 Jodi Rooney, a member of the Prescott Valley Town Council, has been named 2017-2018 Woman of the Year by the Metropolitan Phoenix Chapter of Women in Transportation (WTS).From 2010 until recently, Rooney served as the Arizona Department of Transportation’s local public agency section manager.She was credited with being the architect for the ADOT Education Encouragement Connection for Woman (EECW) program, which aimed to help women succeed in higher education.Rooney launched that program in 2014. Since then, it has resulted in monthly lunch and learn sessions for working women going to school. Topics include time management, being a non-traditional student, balancing family and workplace efforts, improving study habits and understanding school loans.Rooney was nominated by Kathy Boyle, ADOT assistant communication director for internal communications. In her nominating statement, she said Rooney had “left an indelible mark on ADOT and its principles.”Boyle praised Rooney and her leadership style, describing how she worked across the state in breaking down barriers and building relationships with cities, counties, towns and tribes to encourage transportation projects in local communities.Rooney also was credited with negotiating an agreement with Ottawa University and ADOT that resulted in ADOT employees receiving a 12 percent tuition discount.Citing another instance of positive influence, Boyle said Rooney had led a team of 80 volunteers in hosting the American Assocation of State Highway and Transportation officials in their annual meeting last September. More than 600 people from throughout the nation, including Federal Highway Administration and U.S. Department of Transportation personnel, attended.Rooney is expected to receive the honor during the annual Scholarship and Awards Ceremony, scheduled for 6 p.m., Saturday, March 24 at the Wrigley Mansion in Phoenix.“What an honor,” she said upon hearing the news. “When I started speaking out and putting things in motion to improve opportunities for women, I wasn’t even aware of awards. I was thinking about the good that could come from such work and the awareness which would be created. Being able to see the fruit of such labor – that is a sweet and deeply satisfying moment. I am humbled.”
Extensive Background in Public Service
The Illinois native was the oldest child in a modest household where both parents worked. The first in her family to attend college, she enrolled at Augustana College, Rock Island, Illinois, where she earned a bachelor’s degree.Married and the mother of two daughters (now adults), Rooney was unable to attend college until her children were older. “I struggled to get my degree, for I had the responsibilities of a home and a family. I learned to juggle priorities and I learned from my mistakes. My first husband and I grew apart, and finally divorced. But I learned and became stronger, more mature. I realized that public service was a part of who I was.”Rooney began a career with the Illinois Department of Transportation in 1999, where she rapidly moved upward to the regional level.She met and married James “Casey” Rooney in 2003. In mid-2006, they relocated to Arizona when he became the economic development manager for the City of Cottonwood. She became an administrator with the Central Yavapai Metropolitan Planning Organization (CYMPO). She had that position until April 2010, when she was recruited as a senior staff member to assist local public agencies for ADOT.Rooney worked first as a project office manager, then as a senior division administrator. Ultimately, in 2015, she became local public agency section manager. She directed a staff of eight people in providing oversight compliance to more than 120 cities, counties, towns and tribes eligible for federal funding. Being accountable for programs averaging $150 million a year was a part of her responsibility.Residents of Prescott Valley since 2006, the Rooneys have been active in community organizations. She has dedicated time to the Emmanuel Lutheran Church, the Salvation Army, the Yavapai College Foundation and the Town of Prescott Valley Arts and Culture Commission.

When the Town of Prescott Valley had a vacancy on Town Council with two years left on the term, she was one of 11 to apply. She was selected and has served more than a year.

“People ask me how it’s going. My response: ‘It agrees with me,’ for I can use my ethic of hard work and honesty to serve my constituents. I also have learned enough that I am ready to declare my candidacy for The Arizona House of Representatives in Legislative District 1. But I truly am flattered to have been selected by WTS as this year’s award winner.

The Arizona chapter of WTS is one of two in the state, the other being Tucson. WTS is an international organization serving the United States, Canada and the United Kingdom. With more than 6,500 members, WTS emphasizes creating and providing professional programs, networking opportunities and access to industry and government leaders in transportation. QCBN